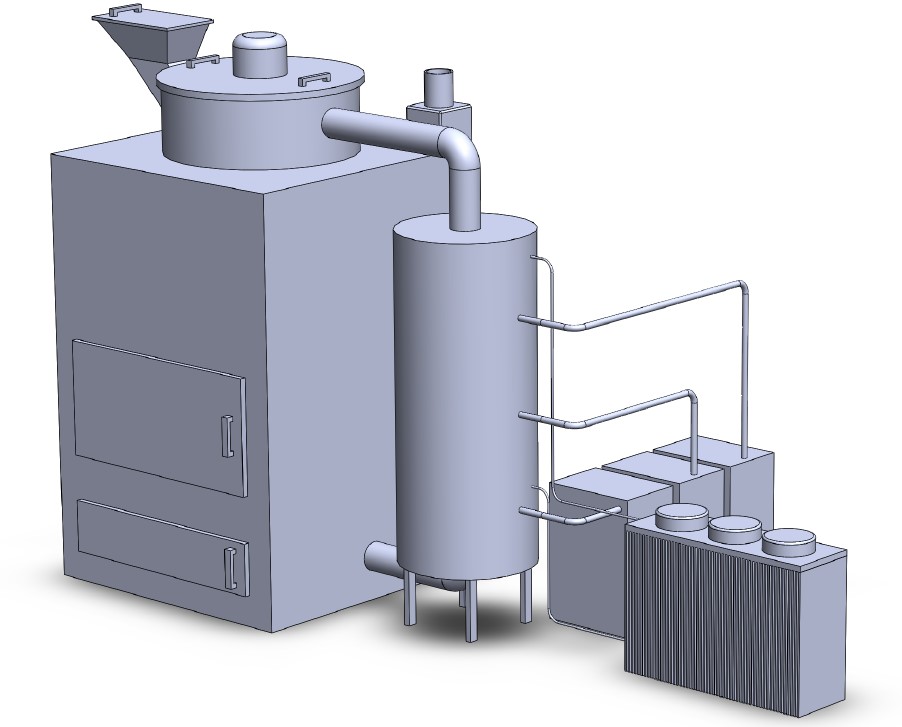 Mixed waste plastics are converted through pyrolysis into qualitatively different fuels using OilRec-System, with which biogenic residues are burned to generate heat whereas mixed plastics are pyrolized for generating gasoline and diesel. The OilRec system consists of a masonry combustion chamber, a pyrolysis chamber and a distiller, as well as several outlets where the generated liquid fuels can be extracted. The resulting gas-vapor mixture is then condensed to different fuels.

What's the business opportunity for host and refugee community

The main aim is to boost the cooperation between refugees and communities as well as muncipalities in such a way that small communities or refugees in Rwanda can dispose their organic and plastic waste in an economically and ecologically beneficial manner. People will, through these System, be encouraged to collect their own waste and the municiplaities will produce fuel out of it . Inhabitants are then given their part of fuel or return, for example: each collector gets 24-30 Cent/kg trash.

How has it been implemented and what impact it had

The OilRec-System is simple to construct that the complete system can be manufactured and maintaind by trained local artisans. The first outcome is that waste producer is a beneficiary of the waste they produce. Secondly, the OilRec-System is easy to decentralize and assemble (like a ‘garbage booth’) in underserved refugees and scattered communities without raising environmental concerns. Local artisans will be trained to produce such system which can lead to build up small Enterprises.

Our Skills and Experience

The Fraunhofer Institute for Building Physics IBP in Germany has developed WAFFCO. It is an efficient solution through which a drastical reduction of indoor and outdoor pollution can be achieved to replace open fired and to imitate cooking habits in many countries in Africa. It owned the Siemens community Prize in 2016 and is already produced in Uganda, Ghana and Mexico. OilRec-System was also implemented in Refugees Camp in Syria to produce 7500 liter of oil fuel out of 10,000 kg waste.

By clicking these buttons, you'll leave the GIZ website.